Legal challenge against AARTO on the court roll, says Outa

The mooted date for the implementation of the department of transport’s new driving demerit system proposed for 1 July is nearing.

The government believes that the Administrative Adjudication of Road Traffic Offences (AARTO) amended act would curb road fatalities and clamp down on drivers who constantly disobey rules of the road.

Meanwhile, the date for the court case challenging the constitutionality of the system has been set for October.

The case against the Minister of Transport Fikile Mbalula, the Minister of Cooperative Governance and Traditional Affairs, the Road Traffic Infringement Agency (RTIA) and the RTIA’s Appeals Tribunal will be heard at the Gauteng North High Court in Pretoria.

The possibility of OUTA challenging the implementation also stands, but Fick said this would be done once the date would be incorporated in the gazette documents.

“We believe that the AARTO Amendment Act is unconstitutional because undermines the separation of powers. As it stands, the nation is trying to observe the power of local municipalities to deal with their own local issues.”

Fick said while the organisation believed that measures to improve road safety and reduce fatalities were urgently needed, they believed the Aarto Amendment Act would not achieve this.

“While trying to punish motorists for parking in the wrong spots might create obedient motorists, this does not address things such as drunk driving and speedsters that lead to fatalities.

“Why not get more visible policing and fix eNatis instead of wasting money on this system, why not invest in education?” she said.

While Mbalula was confident that the department was on track for national roll-out of the system in July, Outa was not so confident.

Last month, the department’s vote speech allocated R545-million to the RTIA to fund the roll-out.

Outa lodged a request for information in terms of the Promotion of Access to Information Act (PAIA) against the RTIA to oversee the readiness agency in implementing the programme.

Fick said they believed the system was not ready to be rolled out nationally.

“What will happen to those municipalities where there are no service providers for the administrations of these?”

Although the legal challenge was in place, Fick clarified that currently there was nothing legally stopping the government from implementing the system.

Under the new system, drivers constantly disobeying the rules of the road stand a chance of losing their licence.

Drivers can be penalised for speeding, not paying e-tolls and ignoring road signs.

The demerit points for an offence ranges from one to six, depending on the nature of the offence. 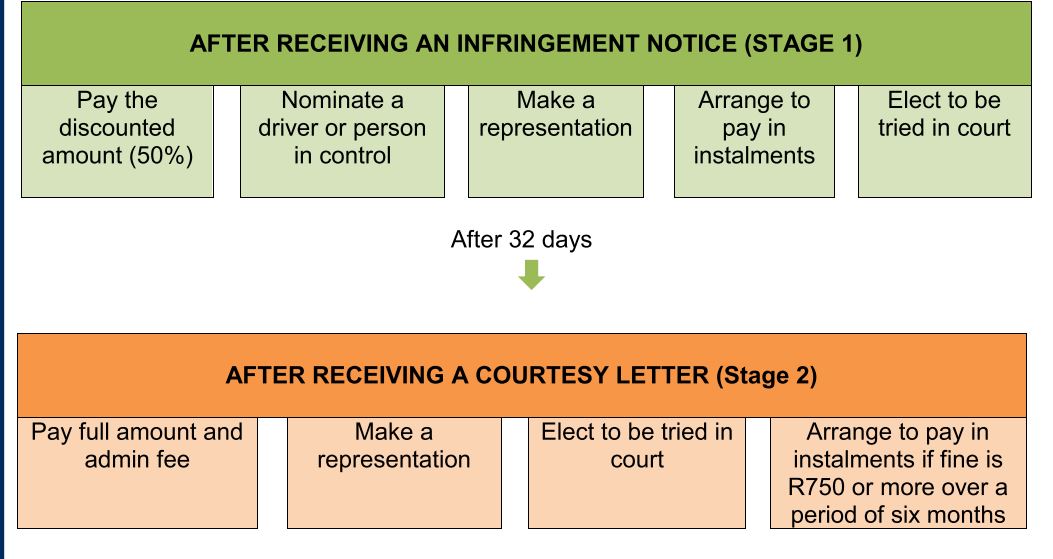 According to Aarto, the threshold of demerit points which may be incurred without consequence is 15 points.

This means if one incurred 17 demerit points, the said document will be suspended for six months.

Driving or operating a vehicle during the prohibition period would be a criminal offence, subject to a fine or imprisonment and a further six demerit points on conviction.

Once a driving licence card has been suspended twice, exceeding the threshold will result in it being cancelled. This means the person will have to start from scratch, with a learner’s licence if he or she wishes to drive again after the lapse of the prohibition period.

Demerit points are “forgiven” and diminished by one point every three months.

Read more on the system here: