Grow your own business 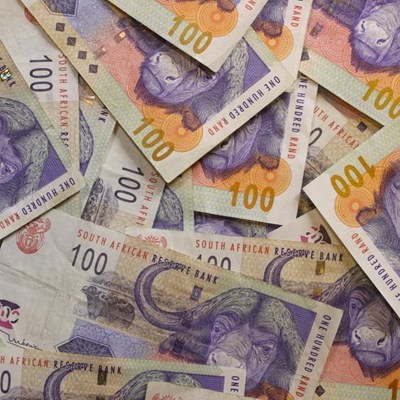 Generic image.
BUSINESS NEWS - Whether you’re negotiating a rocky road or struggling to pay those toll fees, your number one objective is to make a profit and grow your business.

Frans Cronje’s A Time Traveller’s Guide to our Next Ten Years is essential reading for anyone making decisions about their future in South Africa. He has reviewed the utterly confusing state of government policy and the political events occurring in the country, and come up with four ways forward. These are the Wide Road (the ideal), the Narrow Road, the Toll Road and the Rocky Road. Each will lead to a very different outcome.

Cronje recently provided an update of the present state of the nation. It was depressing. Close to 60% of all tax collected is now spent on government salaries, welfare grants and other subsidised services. Government is spending more than it collects in tax, and is borrowing more and more each year. At this rate, it will soon be borrowing to pay interest on its debt. And when that happens, it won’t find anyone willing to lend it any more money.

Given up searching
Millions of people are jobless. Worse, many of them have given up and are no longer even looking for work. Most are not employable, anyway, due to lack of education, and this situation shows no signs of improving any time soon. The number one priority for the country is to shift people from the welfare net into paying jobs. This is what people crave more than anything else, yet government vigorously follows policies that lead to a reduction in jobs.

In agriculture, apart from the never-ending mindless utterances and initiatives threatening land security, the plethora of labour laws kills all incentive to employ people.

It’s government’s job to create jobs
After Cronje’s address, I was disturbed to hear two farmers discussing their shock at some of the current employment statistics. They had not realised quite how bad it was, particularly in agriculture. I know both of them well, and am aware that they have moved away from labour-intensive crops to tree crops and mechanisation primarily to reduce their dependence on labour.

But what disturbed me about their conversation was their belief that they had contributed to the ranks of the jobless, and had a responsibility to reverse that. “Hang on,” I said. “You’re completely off beam here. It’s not your job to create jobs. That’s government’s job.”

I went on to point out that it was the responsibility of government to create an environment where business thrived and, quite automatically, jobs followed. The job of business managers is to make a profit (responsibly, of course) and to grow their businesses.

“If you think the few extra jobs you’ll create by compromising your drive for profitability will contribute to solving South Africa’s unemployment, think again,” I told my friends.
So, while right now we seem to be headed for somewhere between Cronje’s ‘Toll Road’ and ‘Rocky Road’, that’s all the more reason to drive revenue up, cut costs and build a profitable and sustainable business.
Source: Farmer's Weekly.