Singing opera in a surgical mask

Having a mask strapped across one's face is far from ideal for a singer.

ENTERTAINMENT NEWS - No one loves wearing a mask at work, but spare a thought for the chorus of the Paris Opera, having to project through multiple layers of cotton and polyester.

When they took the stage recently for a rehearsal at the Bastille opera house, the 70 or so chorus members certainly did not appear to have lost any of their sonorous beauty.

But having a mask strapped across one's face is far from ideal for a singer.

"It really disturbs the delivery," said Sylvie Delaunay, who has been with the chorus for more than 20 years.

"When one sings opera, there are deep inhalations and deep exhalations, so if breathing is restricted, we get tired very easily."

With all cultural institutions in France shut due to the pandemic, the chorus of the Paris Opera was preparing for a new staging of "Faust" by 19th-century French composer Charles Gounod, to be screened on television and online from Friday. 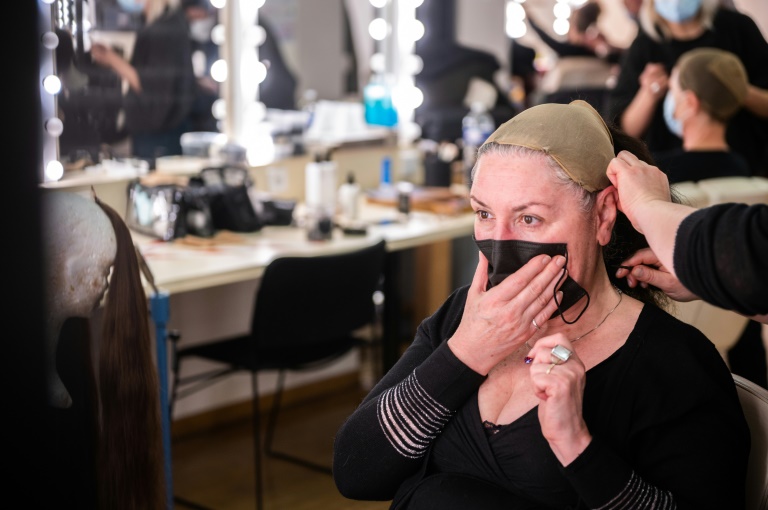 Having a mask strapped across one's face is far from ideal, says chorus member Sylvie Delaunay.

The chorus has learned what works and what doesn't. And the high-filtration FFP2 masks proved difficult, said Delaunay.

"As soon as you take a breath, you swallow it!" - so the chorus has opted for stiff surgical masks, in stylish black for the actual performance.

The need for such protective equipment was highlighted this week when it was found that Culture Minister Roselyn Bachelot was carrying Covid-19 when she attended one of the last rehearsals for "Faust" and tested positive the following morning.

This is the third time that the Paris Opera - shut for more than a year, first because of strikes, then because of the coronavirus lockdowns - has live-streamed its performances, following Verdi's "Aida" and Mozart's "The Magic Flute" earlier this season.

For opera fans, such internet broadcasts offer nowhere near the thrill of a seat in the auditorium. But the house is least able to reach a global audience for the first time.

Each new staging has been subtly transformed by the circumstances: "Aida" - in a controversial new production by Dutch director Lotte de Beer starring German tenor Jonas Kaufmann - was a largely stationary affair because of social-distancing constraints. 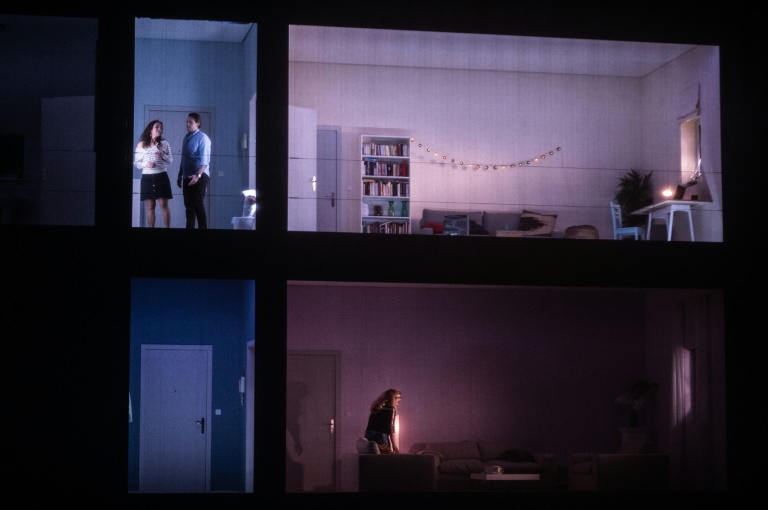 The new production of "Faust" is conducted by Lorenzo Viotti and directed by Tobias Kratzer.

By contrast, the new staging of Gounod's "Faust" by German director Tobias Kratzer with a star-studded line-up including Albanian soprano Ermonela Jaho and French tenor Benjamin Bernheim, and conducted by Lorenzo Viotti, includes a bustling - albeit masked - nightclub scene, a setting that might have a nostalgic edge for some in the current climate.

Soloists have been permitted to perform without a mask, albeit with daily Covid-19 tests.

But while the chorus was bunched together for the final show, they had to socially distance throughout rehearsals.

"We're less able to hear each other. We hear our neighbours... but the sound of the group is more distant. It's not at all the same," said Delaunay.

Masks mean some of the articulation is lost, said chorus master Jose Luis Basso: "The job of a chorus singer is all about exaggerating the pronunciation of words.

"But still the results aren't too bad," he added with a smile.

In opera, the chorus often takes centre-stage, as in ever-popular set pieces like "Va, pensiero" from Verdi's "Nabucco" or the Gypsy Chorus from "La Traviata".

In "Faust", perhaps one of the best-known French operas alongside Bizet's "Carmen", their opportunity to shine is in famous choruses such as "Wine or Beer" and "Immortal Glory of our Ancestors".

Basso says the current crisis has underlined the importance of the chorus. He hates the idea that its members are sometimes dismissed as "people who failed to become great soloists".

"The tests to join the Opera are extremely demanding," he said, requiring a mastery of multiple languages, musical styles and technique.

Despite the difficulties, it has been vital to keep working, said Alexander Neef, Paris Opera's director-general.