At least 800,000 people thronged the streets of Manila for the Black Nazarene procession, one of the world's biggest expressions of Catholic faith.

ENTERTAINMENT NEWS - Throngs of believers flung themselves at a historic statue of Jesus Christ as it inched through Manila on Wednesday for an annual procession that is one of the world's biggest shows of Catholic zeal.

Many in the heaving crowd of men and women, which police said numbered at least 800,000, believe touching the Black Nazarene or being in its presence can heal the sick or grant good fortune.

Devotees massed before dawn to catch a glimpse of the statue as it was wheeled on a metal float along a seven-kilometre (4.5 mile) route through the Philippine capital's narrow streets.

"I survived a stroke because of him (God). I will do this every year until I am 100 years old," said 70-year-old Joaquin Bordado, who has attended the procession for decades.

"God ordered me to do this and I feel no exhaustion," he added, wearing an ankle-length robe and crown of barbed wire.

Around him people chanted "Viva Nazareno" (Long live Nazarene), cheered and jostled for a glimpse of, or selfie with, the statue cloaked in a maroon robe that is topped with a crown of thorns and cross.

'A rhythm of peace'

Believers, barefoot as a sign of penitence, scramble over one another to touch towels to the icon which is named for its charred appearance. 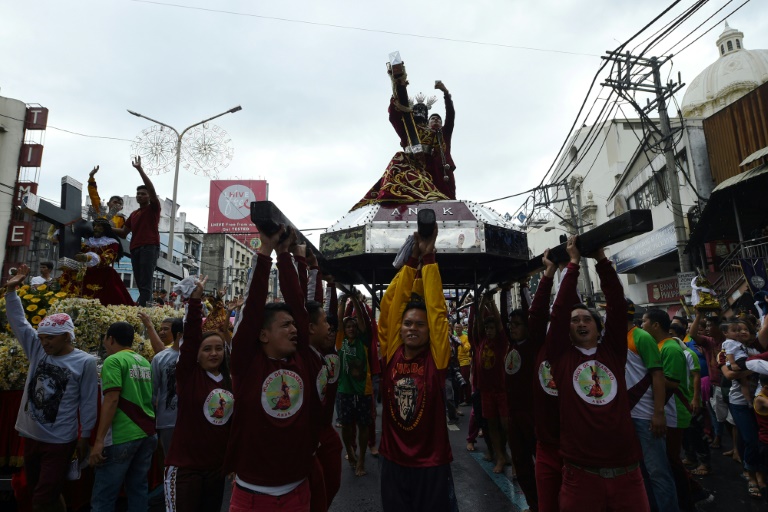 Devotees massed before dawn to catch a glimpse of the statue.

It is believed to have survived a fire in the 17th century while en route to the Philippines, which became Asia's bastion of Catholicism under 400 years as a Spanish colony.

Just hours into the procession the Red Cross had already reported over a hundred injuries including cuts and dizziness. Every year hundreds are hurt and a few deaths are not unusual.

"It is so dangerous to join the procession. If you see people charging forward, this makes me nervous," said 21-year-old college student Angelica Alcantara.

"Many young people do this for fun but this is about your faith in God," she added. 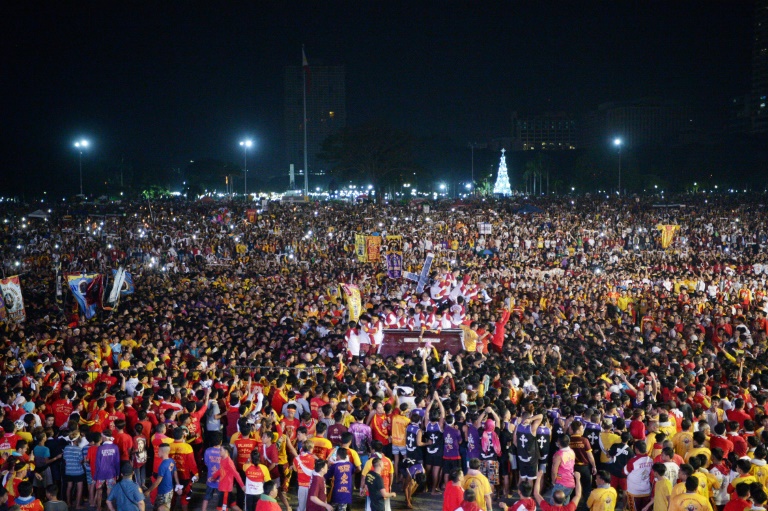 The Black Nazarene is believed to have survived a fire in the 17th century while en route to the Philippines, which became Asia's bastion of Catholicism under 400 years as a Spanish colony.

Critics say the procession, which usually takes about 20 hours, is a mish-mash of superstition and unnecessary risk for the people who flock to it each year.

But Church officials say the practice is a vibrant expression of faith in nation of 105 million that is overwhelmingly Christian.

"If you are an outsider, you will not hear, see or feel that faith. You will only see a very unruly or chaotic situation," said Father Danichi Hui, a priest at the procession's destination, Quiapo church.

"But inside there is a rhythm of peace. There is a serenity," he told AFP. 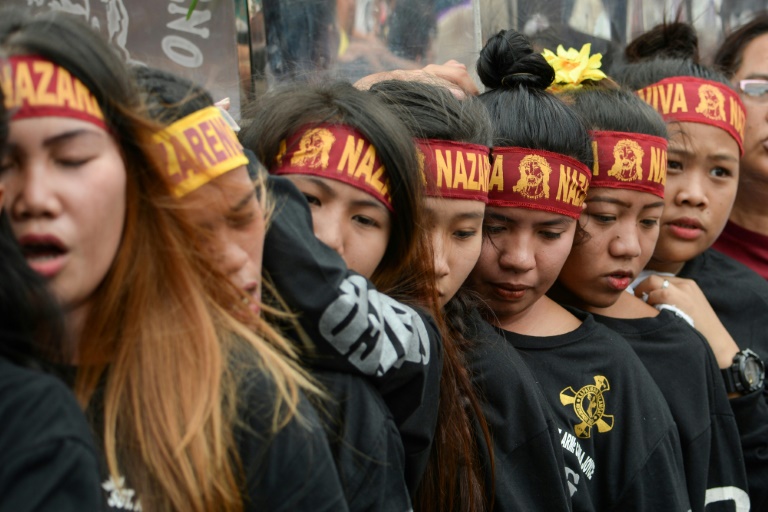 Church officials say the practice is a vibrant expression of faith in an overwhelmingly Christian nation.