He plans to plant indigenous trees in every country he passes through and end the trip by planting trees for the KwaZulu-Natal women he is riding to help.

Michael Rea and his support vehicle, driven by Steven Janssens, who will be with him on his ride from Cairo to Cape Town. Picture: Supplied

NATIONAL NEWS - After working with women from a poor community in KwaZulu-Natal, a cycling enthusiast plans to take his hobby to another level.

Michael Rea wants to break the Guinness world record by riding an e-bike through eight African countries to raise funds for these women to live better lives.

He plans to start in Cairo, Egypt, and travel down the grid, ending his trip in Cape Town, where he will be welcomed by the mayor, Dan Plato.

All this with no carbon emissions.

The social environment auditor said cycling has always been his favourite hobby to clear his mind and get him through the week.

Growing up in what he describes as the “poor Canada south”, he said bicycles were a common mode of transportation and it was only natural that he liked them, too.

“When I was younger I used to ride on my siblings’ bikes. I managed to buy my first bike with my own money when I was 10. It lasted only three months, though, because of all the stunts I was trying to pull off on it. But that was where my love for bikes started.”

His love for the sport was nearly crushed, though: “When I was eleven, I had a heart attack. I was revived in a helicopter.

“After surviving that, I was told I was not allowed to do any sports, in school or gym. But after high school, I just started doing my own thing.”

As a teenager he used to go on bike rides with a friend who was pursuing a career in cycling. “When I was about 16, my friend and I would go out for rides on Sundays and do 312km in 10 or 12 hours. I loved it.”

He said before the diagnosis, he had always known that he was more hyperactive than any of the people he knew and that cycling helped to calm his mind – not only for the moment but for the week. And he said it still helps him.

“It’s like self-prescribed therapy. When I don’t do it, I get frustrated.”

After relocating to South Africa from Canada in 1999, he continued to embark on what he called “spur of the moment” rides on his bike. But after being hit on the road three times in the space of one month, he decided to take his e-bike back to Canada and settle for mountain bikes.

After 10 years of not cycling in the country, and travelling to Canada for a bike ride across the country last year that he fully enjoyed, he decided to bring his e-bike back to South Africa.

He said although he does not ride as much now because of the dangers on South African roads and his previous accidents, he now rides on Saturdays for four hours, and covers about 138km.

“I won’t break any speed records. I’m just a 50-year-old man. But I can still ride for hours and I love it,” he said.

He said although he has never been on any extreme trips like the one he is planning, he was moved by the 10 women he met in Hlabisa, who weaved Zulu baskets for a living and survived on just under R500 a month.

Rea has been working with them on a project called Siyathuthuka Kholokhazi (basket women) since 2006 and is hoping to raise about R200,000 for them. He wants to help the women by raising their monthly income from under R500 to R1,000.

He also plans to build a solar panel for their homes so they can access electricity, and build boreholes so they have access to cleaner water.

He will be covering about 10,094km in less than 42 days, going through Egypt, Sudan, South Sudan, Uganda, Tanzania, Zambia, either Zimbabwe or Botswana, and ending up in Cape Town. 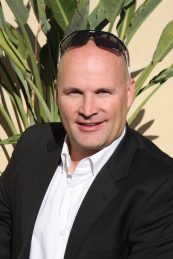 He plans to plant indigenous trees in every country he passes through and end the trip by planting trees for the KwaZulu-Natal women he is riding to help.

“I have no fear and no worries about going through Africa,” he said. “I have worked in 26 African countries and, yes, there was some drama, but I love Africa and I love the people.

“The people are so warm and inviting, and I love being the mlungu (white person).

“So I’m not afraid and I am more excited, but there are people who are concerned about my safety. My wife is supportive but she has a few concerns, and the driver for my e-Range Rover, who will be 20 metres behind me at every point of the journey, is only 24 and his family is concerned, too.

“But I have lived my life a bit differently from other people … after my near-death incident, I value time, and I believe I have been living life on borrowed time for over a decade.

“I like to experience the world and do more things.

“We die when we are meant to die and if I die on this trip, no one should grieve because I have lived life in a more active sense.

“I grew up poor and now I get to live in this country. I think it is the responsibility of the foreigner to give back to the community and that is what I am doing with this trip,” Rea said.