Thousands of people have been evacuated because of a raging wildfire on Gran Canaria.

INTERNATIONAL NEWS - A raging wildfire on the Spanish holiday island of Gran Canaria forced the evacuation of some 5,000 people, authorities said Sunday, warning it could take days for the blaze to be brought under control.

The fire, which has spread to the mountainous Cruz de Tejeda region popular with tourists for its breathtaking views, is "extremely fierce" and "unstable", said Canary Islands president Angel Victor Torres in a statement.

No fatalities have been reported.

More than 600 firefighters and 14 aircraft battled to contain the flames, hampered by strong winds and high temperatures.

With the temperature set to rise Monday, authorities estimate it could take days before the blaze is brought under control.

"The next few hours will be very important because the weather forecast for the night is not good," Torres said.

The fire broke out days after another wildfire in the same region forced the evacuation of hundreds.

Gran Canaria is the second most populous of the Canary Islands in the Atlantic off the northwest coast of Africa. 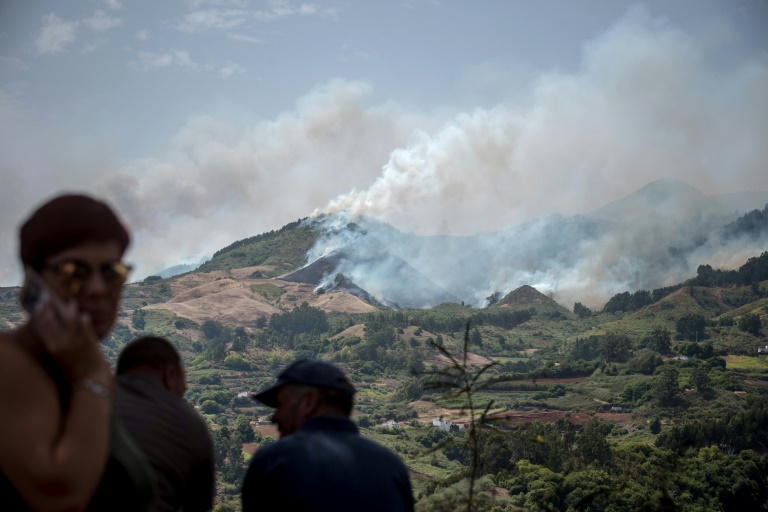 More than 600 firefighters battled to contain the flames on the popular holiday island.

The Canary Islands received 13.7 million foreign visitors last year, over half of them from Britain and Germany.

Spain is frequently plagued by huge forest fires because of its arid summer climate.