‘I Will Not Lose’ is a book that pens a descriptive and powerful journey of a military officer’s fight against breast cancer.

ENTERTAINMENT NEWS - The biggest battle in your life comes so unexpectedly that even having the best military training can never fully prepare you.

I Will Not Lose is a book that pens a descriptive and powerful journey of a military officer’s fight against breast cancer.

Lieutenant-Colonel Mmathapelo Maine was inspired to join the South African National Defence Force (SANDF) through the eyes of her friend.

She says her friend exuded strength and pride after they joined the army and the importance of defending your country. Following in her footsteps, Maine gained entry through her second application. The lieutenant felt the minute she donned that uniform she knew this was where she was meant to be and to serve.

Reaching so many highs in her military career in two decades, such as being the first female regimental commander in the Northern Cape she never thought her greatest battle wouldn’t be in the field but this training would assist her.

“Being in the SANDF helped me grow into a resilient character to deal with challenges, how to work with people and to make decisions on behalf of people and for the organisation.”

At first, delaying writing her experience of her “intruder” – breast cancer – Maine admits she wanted to do something to distract her from the chemotherapy and that her treatment was projected to end in Oct0ber 2020.

“I wanted to mention the outcome of my treatment. I was faithful that I would, but it was important to wait for the results.”

Writing her story as raw and deep as she can, Maine says his is not the first time cancer has taken something from her. Her father succumbed to lung cancer and the fears  and trepidations of her diagnosis would soon consume her. 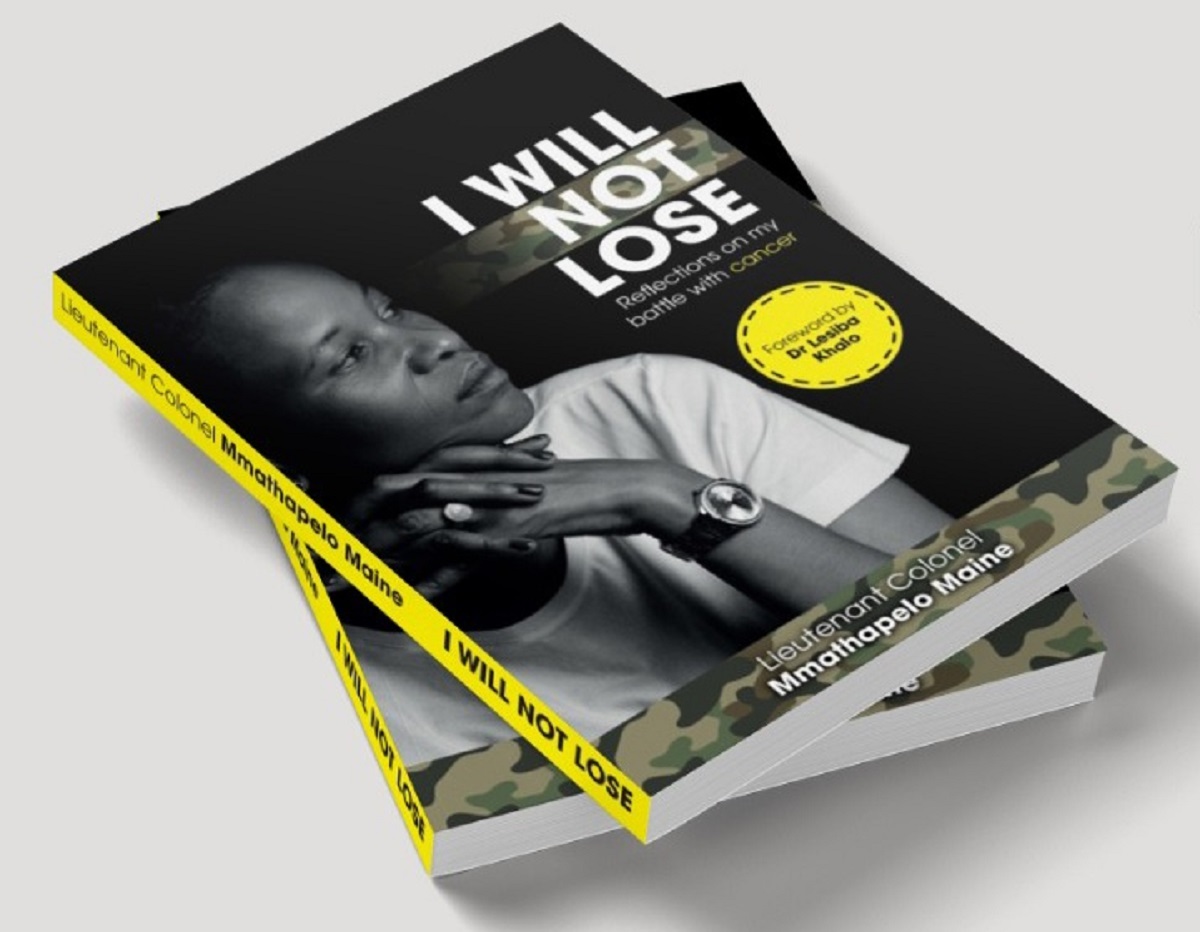 Book, ‘I will Not Lose’ By Lieutenant Colonel Maine.

Just like many illnesses, early diagnosis save lives. Such it is for the lieutenant who was diagnosed with stage 1 breast cancer, grade 3, which is the most aggressive type of cancer.

I will Not Lose is written out of determination, to never give up hope. The writer also tackles stereotypes of cancer being “rare” in black communities, how this is detrimental to breaking the stigma and fighting the “intruder”.