Textiles get their moment in the art world spotlight

The showpiece exhibition features eight solo artists of different generations from a host of countries who tackle themes including colonialism, sexism and ethnocentrism.

ENTERTAINMENT NEWS - From weaving to embroidery, the world of textiles - often largely ignored at Western contemporary art showcases - is taking centre stage this weekend at the "Frieze London" art fair.

The prestigious annual showcase, held this year in Regents Park from Thursday to Sunday, has organised a new section called "Woven" devoted entirely to textile fibres.

It features eight solo artists of different generations from a host of countries, including Brazil, the Philippines, China, India and Madagascar, who tackle perhaps surprisingly topical themes.

"(Weaving) had always been a central part of artistic practice everywhere in the world," curator Cosmin Costinas told AFP, explaining the exhibition's name.

"But indeed it was marginalised because it was associated with women," he added, noting "eurocentric" perspectives that the craft was largely non-Western had also fueled its sidelining.

For Cosmin, it was a chance to celebrate textile arts while weaving issues like Britain's "unsolved colonial legacy", with other contemporary matters such as sexism and ethnocentrism. 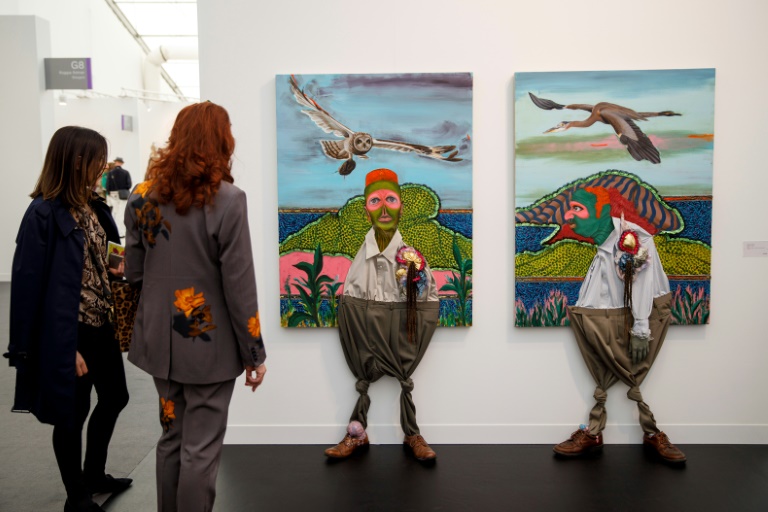 South African artist Simphiwe Nzube's Spirit People drew attention of visitors to an exhibition which curator Cosmin Costinas said was a chance to celebrate textile arts in a contemporary context.

"There was a strong intention to do something that responds to the current moment, the current mess the UK finds itself," he said, referring to the political turmoil engulfing Britain over Brexit.

"Woven" brings together artists like Mrinalini Mukherjee (1949-2015), an Indian sculptor who used dyed and woven hemp, and Pacita Abad (1946-2004), an American-Filipino artist renowned for merging traditional textiles with contemporary painting. 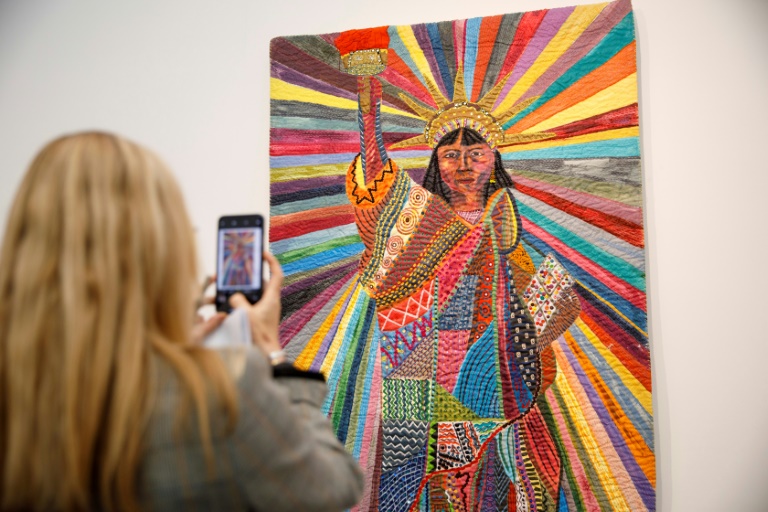 Abad's "Trapunto" canvases, festooned with sequins, shells and swatches of precious textiles, among other things, take on a three dimensional quality.

"For many people it was considered craft versus art," said Amrita Jhaveri, owner of the Jhaveri Contemporary gallery in Mumbia, which presents the weavings of Monika Correa at the Frieze.

"But it's been changing for some time now.

"The art world is looking outside the kind of formal art practice to other areas for instance ceramics, or textiles," she added.

Their increasing recognition on the international art stage has also coincided with ongoing reinvention.

Chitra Ganesh, a 44-year-old Indian-American visual artist, noted "a larger conceptual approach to bringing together disparate iconographies, histories, looking for way to connect the very old and the very new."

Her feminist works are full of mythological connotations while incorporating "mass produced materials" such as industrial bags of potatoes, fur falls and animal skins.

'A form of protest'

Angela Su, a Hong Kong artist known for her scientific drawings and performance works, showcases a series of works inspired by the months of pro-democracy protests sweeping her home city and former British colony.

The central painting depicts a brain to evoke "the schizophrenic identity of Hong Kong".

"We don't know if we're Chinese or Hong Kong or British, we're this mix of everything," Su said.

The artists was also eager to show that sewing could be modern and "a form of protest" as well as a traditional craft. 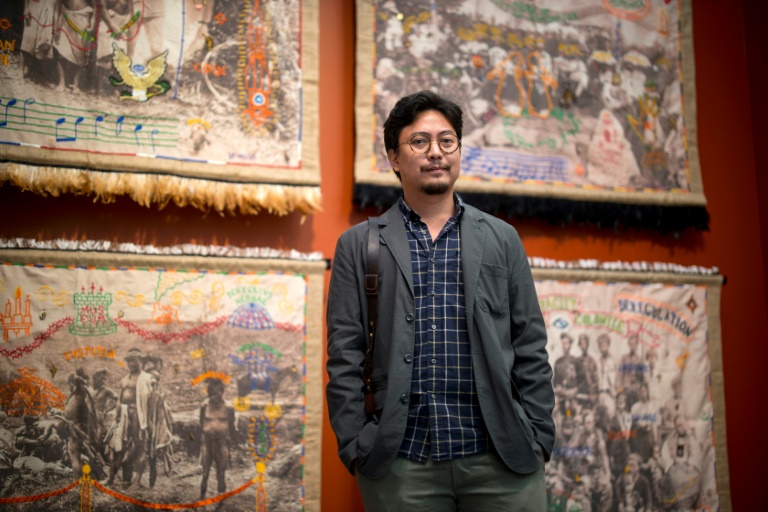 One of her pieces exhibits lips sewn together with hair to show "the suppression of freedom of speech".

He created idealist political messages and maps of modern cities with textiles and colourful threads, based on archival photographs of Filipinos taken in the early 19th century by an American settler.

"This whole aspirational project of development and the future is actually depossessing marginalised communities," he told AFP on his motives behind the works.

"The intervention is also exposing the ills of the neo-colonial present."