Starting with her own first round playing partners, Lewthwaite knows she will have to stave off some pretty stiff competition to go back-to-back on the iconic championship course.

Three-time Sunshine Ladies Tour winner Lejan Lewthwaite is hoping for repeat success at the Gary Player Country Club when she starts her title defence in the SuperSport Ladies Challenge, presented by Sun International, on Wednesday.

SUN CITY GOLF NEWS – Lejan Lewthwaite will draw on fond memories of the Gary Player Country Club to spark a return to winning form when she takes up her title defence in the SuperSport Ladies Challenge, presented by Sun International, on Wednesday.

The Serengeti golfer lifted her second Sunshine Ladies Tour trophy at Sun City last year after edging out Tandi McCallum with a birdie at the first play-off hole.

"Sun City brings back a lot of happy memories and I can’t wait to defend my title,” Lewthwaite said.

“The Gary Player Country Club is a fantastic venue and remains one of my favourite courses in the world. It’s steeped in history and I was so thrilled to add my name to a winner’s list with so many legends of the game who have won at the Gary Player.

“Last year’s win delivered a huge shot of confidence and definitely helped me to the winner’s circle a week later in Dimension Data Ladies Challenge at Fancourt. It’s always great to return to a place that sparks positive memories, because it gives you a psychological lift. I have no doubt that the Gary Player Country Club will do that for me this week.”

Starting with her own first round playing partners, Lewthwaite knows she will have to stave off some pretty stiff competition to go back-to-back on the iconic championship course.

Four-time Ladies European Tour (LET) winner Marianne Skarpnord from Norway tasted success on South African soil with her 2013 triumph in the South African Women’s Open and will be looking for a fast start to her 2021 campaign, while GolfRSA No. 1 amateur Caitlyn Macnab impressed with a runaway eight-shot victory in the Jabra Ladies Classic at Glendower last week.

Some of the new kids on the block have also signalled their intent to level up this season, with Manon Gidali from France breaking her duck in the season-opening Cape Town Ladies Open.

“I don’t feel any extra pressure coming in as the defending champion,” Lewthwaite said. “It has taken a while to get the rust off after the long lay-off due to the pandemic, but I am happy with the progress I’m making.

“No doubt I have my job cut out to defend my title, but I know how to keep my head down and shut out the world. I am able to stay in the moment and in my own head-space and that is how I approach every tournament round.”

After taking the leading amateur honours with a runner-up finish in the 2015 South African Women’s Open, the former US Collegiate NCAA Division one golfer cut teeth on the Sunshine Ladies Tour in 2016 and she is excited to see so many younger players making strides this season. 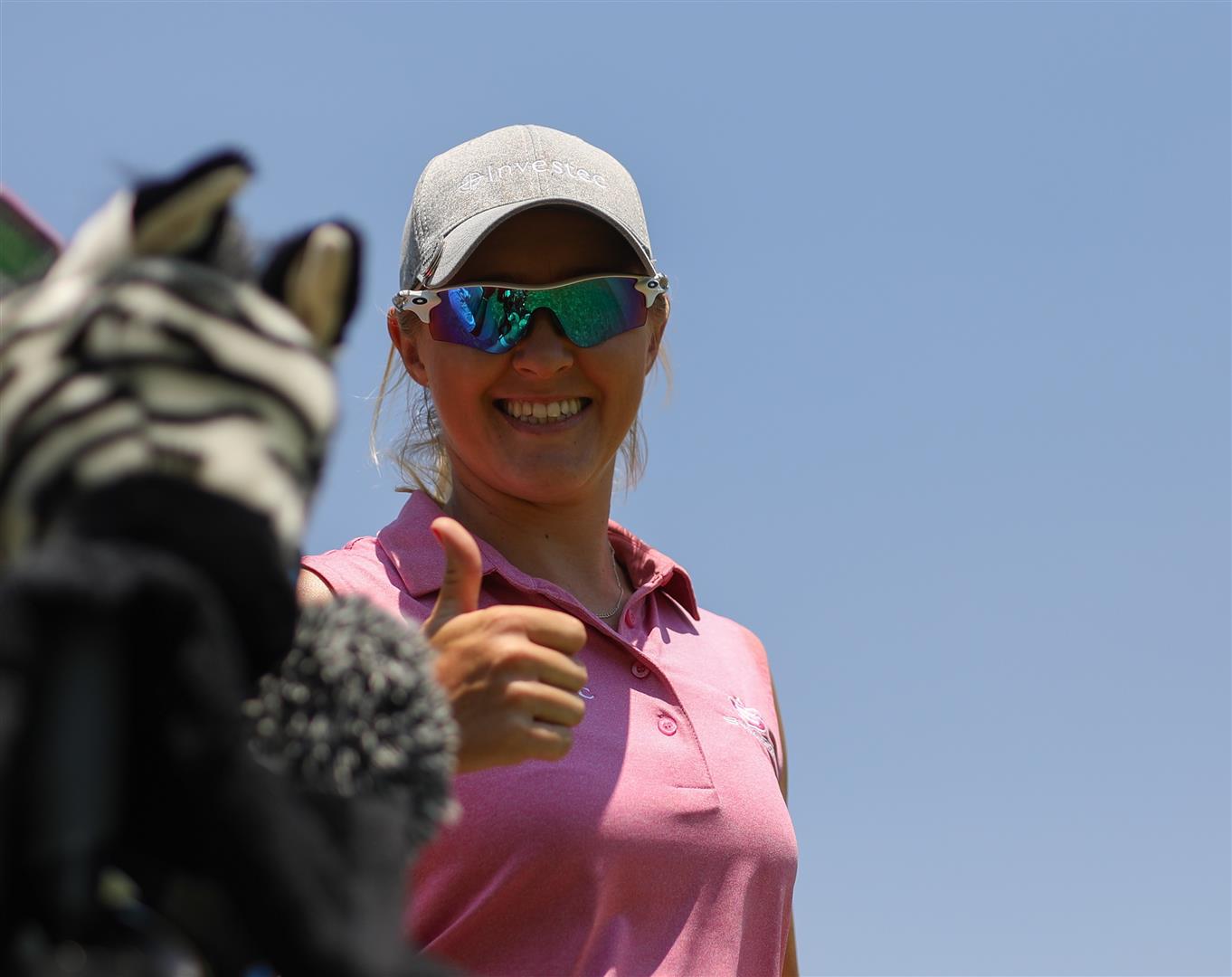 Three-time Sunshine Ladies Tour winner Lejan Lewthwaite is hoping for repeat success at the Gary Player Country Club when she starts her title defence in the SuperSport Ladies Challenge, presented by Sun International, on Wednesday.

“You always want to see the cream rise to the top, but it has been an exciting season so far with two new winners stepping up,” said the Investec golfer. “It great to see up-and-coming pros like Cara Gorlei, Lindi Coetzee, Kelsey Nicholas, Michaela Fletcher and Katerina Vlasinova from the Czech Republic putting in some strong performances.

“It’s a fantastic result for the Sunshine Ladies Tour. A year ago, I was one of those new faces who raised my game and broke through the ranks. It signals that the tour is achieving its goal to encourage and empower the younger generation to soar to new heights.

“I may have won three times, but I’m still a relative newcomer on the Ladies European Tour, so I am also embracing all the opportunities the Sunshine Ladies Tour is offering us to help us reach the next level.”

The defending champion would love to become the first South African to bag the Investec hat-trick this season.

“It would be an incredible achievement and a massive cash injection to help cover all the travel expenses. I definitely have my eye on the prize and a win this week will go a long way in getting me closer to that target.”