Dr. Seuss books on display in a bookshop in Florida in 2015.

ENTERTAINMENT NEWS - They are beloved by generations of early readers for their wacky rhyming tales and mischievous plotlines, but six Dr. Seuss books are being pulled because of imagery now considered racist.

Dr. Seuss Enterprises - the publisher of the bestselling children's books - announced Tuesday that it is taking the six titles, which include "If I Ran the Zoo" and "The Cat's Quizzer," out of print.

The move comes as criticism grows in the United States over the way minority communities have been portrayed in many of the author's books.

Dr. Seuss Enterprises said it had made the decision after carrying out a review of its collection last year with the help of experts, including teachers.

"These books portray people in ways that are hurtful and wrong," the company said in a statement.

The other titles being consigned to history are "And to Think That I Saw It on Mulberry Street," "McElligot's Pool," "On Beyond Zebra!" and "Scrambled Eggs Super!"

"Ceasing sales of these books is only part of our commitment and our broader plan to ensure Dr. Seuss Enterprises's catalog represents and supports all communities and families," the statement added. 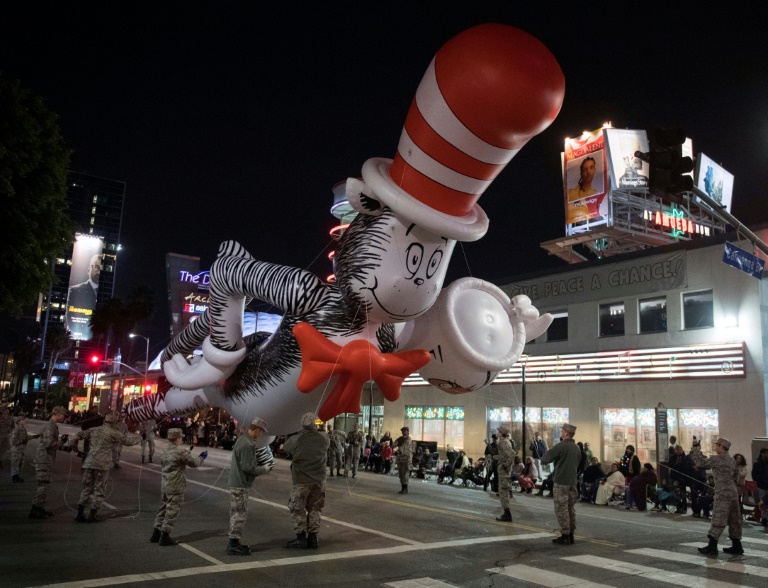 Dr. Seuss Enterprises made the announcement on what would have been the birthday of the famous children's book author.

Seuss, born Theodor Seuss Geisel in Massachusetts in 1904, published more than 60 books during his lifetime, including some of the most popular children's books of all time.

His most famous works include "The Cat in the Hat," "Green Eggs and Ham" and "How the Grinch Stole Christmas." He died in 1991.

Seuss's books have sold more than 650 million copies and have been translated into dozens of languages.

They are being reevaluated, however, over their portrayal of Black and Asian people.

A 2019 study published in the "Research on Diversity in Youth Literature" journal studied 50 of his books.

The report concluded that 43 of the 45 characters of color had "characteristics aligning with the definition of Orientalism."

The two Black characters in the books were identified as "African" and both "align with the theme of anti-Blackness," the study said.

Stereotypical characters portrayed as "Arabian" appear in "If I Ran the Zoo," "On Beyond Zebra!" and "Scrambled Eggs Super!"

"The Cat's Quizzer" also features "Arabian" figures as well as a character portrayed as "a Japanese."

"And to Think That I Saw It on Mulberry Street," features a "Chinese man" with a rice bowl and chopsticks.

The study also said Seuss published anti-Black and anti-Semitic cartoons in a magazine in the 1920s as well as racist anti-Japanese propaganda during World War II.

However, his wartime cartoons for the liberal-leaning daily New York newspaper PM were also praised for railing against racism, anti-semitism and American isolationism.

Seuss's stepdaughter Lark Grey Dimond-Cates told the New York Post "there wasn't a racist bone" in Seuss's body but described the withdrawal of the six books as "a wise decision." 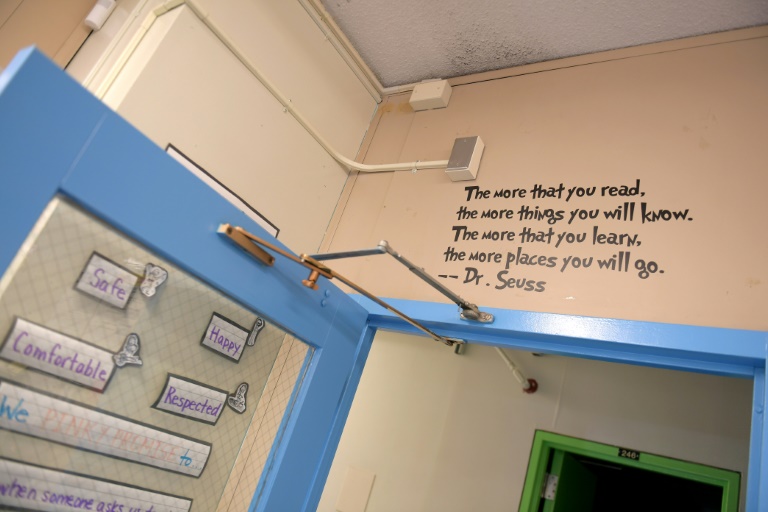 On Saturday, a school district in Virginia suggested it was moving away from Dr. Seuss books while not banning them completely, saying recent research had "revealed strong racial undertones" in many of them.

In 2017, a school librarian in Cambridge Massachusetts said she would not accept a gift of ten Dr. Seuss books from then-first lady Melania Trump because many of his books were "steeped in racist propaganda, caricatures, and harmful stereotypes."