In terms of his tenure as President, Saaiman intends to focus on improving communication with stakeholders in the sport, streamlining the organisation and finding ways to keep the elite athletes competitive on the amateur circuit.

Ekurhuleni’s Martin Saaiman was elected to President of the South African Golf Association (SAGA) during the organisation’s annual general meeting, held in Stellenbosch on 18 April 2021.

GOLF NEWS - Ekurhuleni’s Martin Saaiman has been appointed as President of the South African Golf Association (SAGA) following the organisation’s Annual General Meeting held at the Protea Hotel in Stellenbosch on Sunday, 18 April.

Together with Womens Golf South Africa, the SAGA is a shareholder of GolfRSA and is responsible for administering, operating and providing services to amateur golf in South Africa.

Saaiman has served in golf administration since 1992, including 12 years as President of the Ekurhuleni Golf Union. He also served as chairman of the Championship and Tournaments Committee in the SAGA National Executive Committee (NEC). In 2013 he was elected as a national selector and he also serves on SAGA’s Finance Committee.

His move into the role will be relatively seamless as the 59-year-old has filled the position of Acting President for the last seven months, following incumbent Naadir Agherdien’s decision to step down due to health reasons.

“It has been a great honour for me to serve amateur golf for so many years and I look forward to the opportunity to build on the great work of my predecessors through the South African Golf Association and GolfRSA,” said Saaiman, who recently retired as Human Resources Manager for the South African Police Services.

In terms of his tenure as President, Saaiman intends to focus on improving communication with stakeholders in the sport, streamlining the organisation and finding ways to keep the elite athletes competitive on the amateur circuit.

“Our strategy will be to look at new streams of income and to bring more golfers into game. I relish the opportunity to make a meaningful contribution in the development and longevity of golf in South Africa. I look forward to walking this road with Henk and Deon, who share my vision for the strategic development of the association, and GolfRSA.”

“I take great pride in having been part of SAGA's transition towards a professional structure during my tenure, and I wish all those involved at SAGA and GolfRSA much success with the furtherance and growth of golf. It was both an enriching and fulfilling privilege to have been able to serve as President during these exciting times.

“Martin, having served on the SAGA Executive Committee for more than a decade, including two years as the second Vice President, two as Senior Vice President and the last seven months stepping in as the Acting President, has proven himself as an experienced administrator with an unwavering passion for the organisation. I wish him well for the term of his presidency and trust that he will prove himself worthy of the confidence placed in him.”

Smith, an independent insurance broker, has served Western Province Golf at committee level since 2007. He steps up from Junior Vice to Senior Vice President.

“It has been a privilege to serve as an office bearer for the SAGA over the last two years,” said Smith. “I look forward to the next two years working alongside Martin and Deon. We have set ourselves clear targets and we are committed to achieving these goals.” 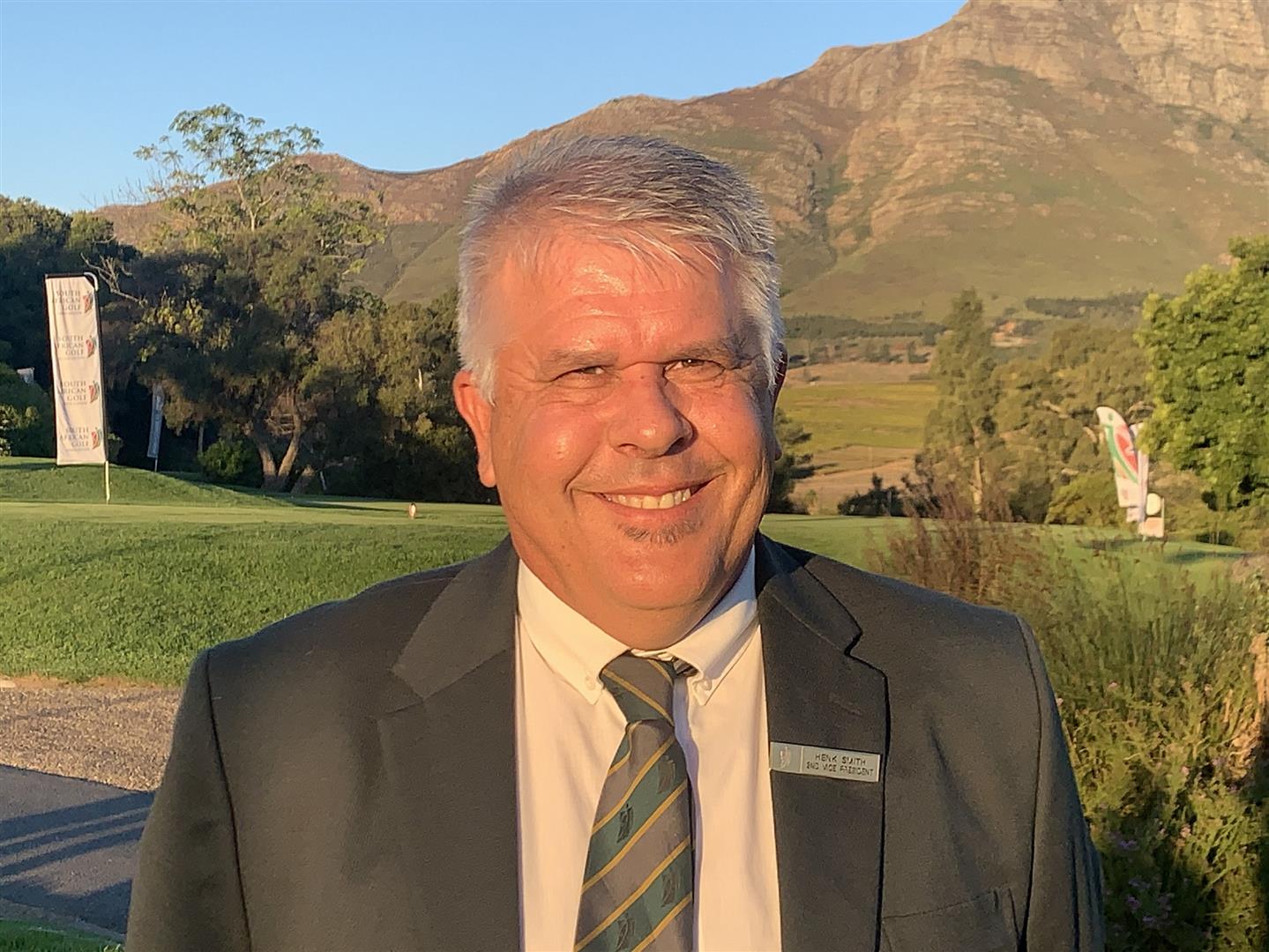 Nel becomes the SAGA’s newest office bearer as he takes on the role of Junior Vice President.

The Port Elizabeth resident joined Walmer Golf Club as a fresh-faced 19-year-old, and has served in various positions in administration, including Captain and President, since 1975. Nel is also the club’s second longest serving member at 44 years.

The 63-year-old served as the President of Senior Golf for many years before his election to President of Eastern Province Golf in 2019. He owns an electrical lightning engineering business that contracts to the Goodyear and Continental factories in Port Elizabeth.

“I am very honoured to be serving on the SAGA Executive and wish to thank everyone who placed their trust in me. We are entering exciting times and I look forward to working with Martin and Henk in making significant strides in the development and sustainability of the sport. 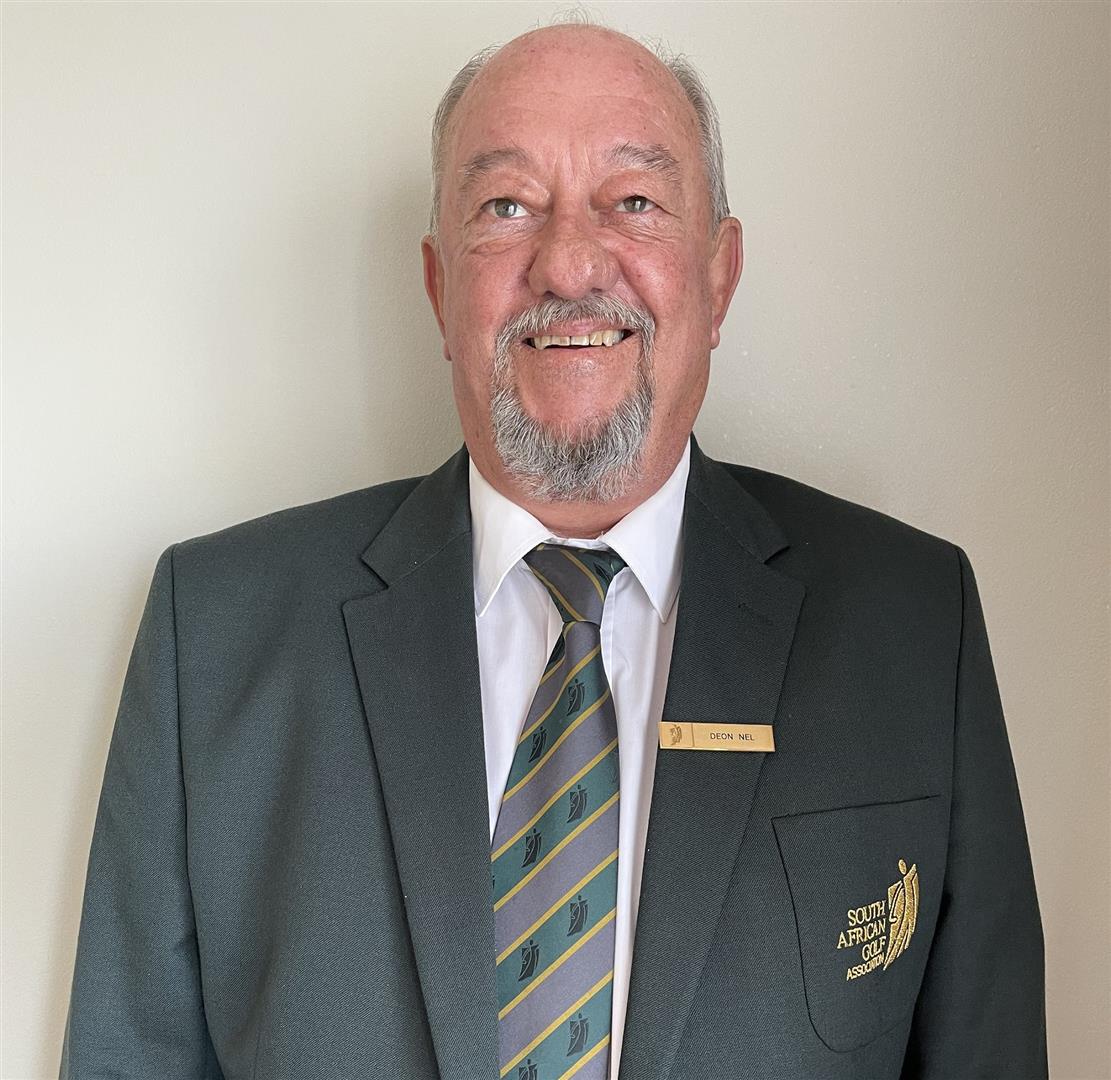 “Martin has proved his passion and commitment to golf through years of tireless work in the union structures. He has played a role in the development of many of our county’s top golfers. Martin’s dedication, always putting golf first, will be a powerful influence in his role as President and we look forward to continuing our work together over the next two years.

“We also applaud Henk’s appointment as Senior Vice and we welcome Deon to the fold. The GolfRSA Board of Directors and I look forward to continuing the strong relationship with the SAGA office bearers going forward.””